(5/5)
Product rated : BOOKLET - S is for Social Justice The Language of Today's Cultural “Revolution” This booklet explains and...

(5/5)
Product rated : BOOKLET - Understanding the New Age What I liked most about... 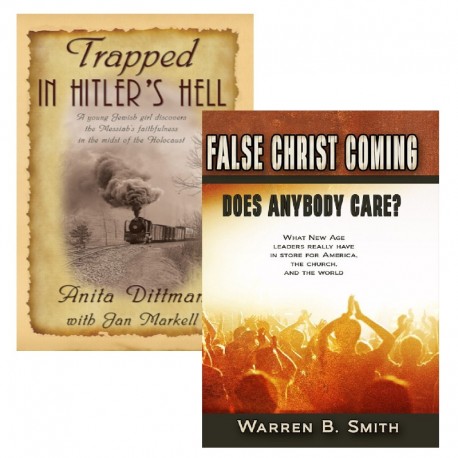 FALSE CHRIST COMING DOES ANYBODY CARE?

False Christ Coming - Does Anybody Care? is the original Reinventing Jesus Christ by Warren B. Smith, published in 2002.

"But while men slept, his enemy came and sowed tares among the wheat, and went his way." Matthew 13:25

Many church leaders believe that antichrist is alive and well and in the world today. But what is being left out of the discussion is how this coming false christ has already mainstreamed his New Age Gospel via a New Spirituality into the world and into the church. Using bestselling books and authors that have been popularized by media favorites like Oprah Winfrey and Larry King, the mystical teachings of this false New Age "Christ" state:

*"A slain Christ has no meaning." 1*Humanity saves itself by recognizing its own divinity - the "God" and "Christ" within.* World peace is dependent upon this understanding that humanity is divine.* The only "Satan" is not believing that man is "God."* World peace will be attained by eliminating biblical Christianity and all of its followers.* A deadly "selection process" will be instituted as part of Antichrist's final solution.* "Hitler didn't hurt anyone. In a sense, he didn't inflict suffering; he ended it."

Just as Hilter telegraphed his plans in Mein Kampf, so antichrist has telegraphed his plans through his designated false teachers. Author Warren B. Smith is a former follower of this coming New Age "Christ." False Christ Coming: Does Anybody Care? describes the deceptive teachings that undergrid antichrist's deceptive Peace Plan. False Christ Coming is a wake-up call to a church that remains strangely silent and in deep denial about the very deception that Jesus warned would come in His name (Matthew 24:3-5). Read this book and then warn your friends and family (2 Corinthians 2:11).