Digital Books/Booklets by Warren B. Smith 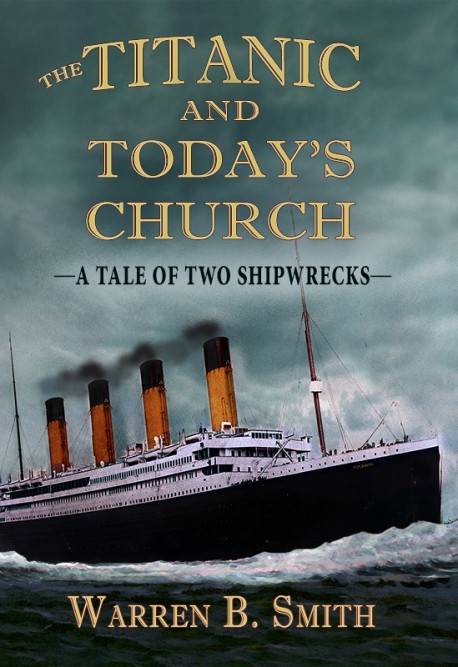 247 Item in stock items in stock

At 11:40 p.m. on April 14, 1912, the RMS Titanic—the biggest, grandest ship of its time—collided with an iceberg on its maiden voyage from Southampton, England to New York City. Less than three hours later the seemingly unsinkable ship did the unthinkable—it sank to the bottom of the North Atlantic Ocean.

It has been well-documented how pride, false confidence, complacency, disregarded warnings, and general unpreparedness all played a part in the Titanic shipwreck. Those in charge had underestimated the physical danger in their midst. Sadly, today’s professing church shares many of these same characteristics as it similarly underestimates the spiritual danger in its midst.

The Titanic and Today’s Church is the story of two shipwrecks. One took place over a century ago; the other is in progress and is happening today. The similarities are astounding as they compel us to become more aware of our Spiritual Adversary’s schemes and devices (2 Corinthians 2:11), effectively “stand against” them (Ephesians 6:11), and “come out from among them” (2 Corinthians 6:17).

The Titanic And Today's Church

Warren Smith does his usual excellent job combining personal experience with his research on this topic to provide an up to date revelation of the true condition the professing church is now in. He couldn't have chosen a better comparison. I've been following the unfolding apostasy for forty years now and have also seen and experienced the "Titanic" condition of the church. 2 Thessalonians 2:3 is surely coming to pass right before our eyes. Steven S.