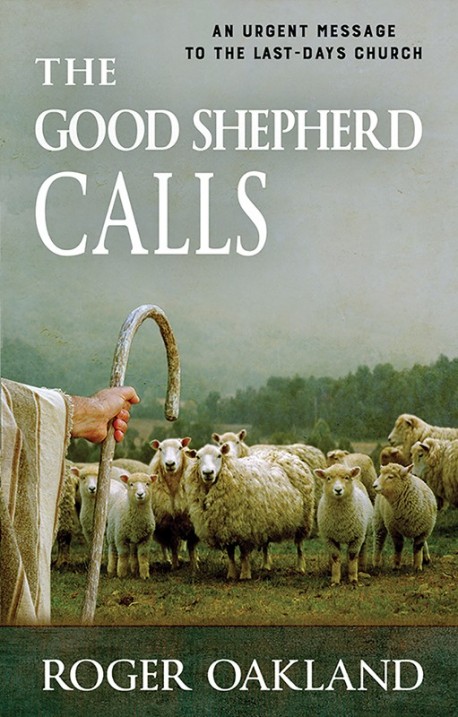 Since the turn of the millennium, in particular since September 11, 2001 when America was attacked by terrorists triggering a global-wide spiritual paradigm shift, Christianity as we have known it has experienced a major meltdown. While many are saying Christianity is on the brink of a great revival and even a "new reformation," in reality, we are witnessing the greatest apostasy in modern-day history.

216 Item in stock items in stock

This latter-day deception has impacted every evangelical and Protestant denomination to one degree or another, and it is worldwide. The sheep have been led astray by shepherds who have neglected what they have been called to do—protect the sheep.

The Good Shepherd Calls brings clarity to what this delusion looks like, why it is happening, where it is headed, and what can still be done to warn believers and unbelievers alike.

This book is about following Jesus Christ, the Good Shepherd

The Good Shepherd Calls brings clarity to why this delusion is happening, where it is headed, and what can still be done to warn believers and unbelievers alike.

If only they would take heed, repent, and preach the true gospel loudly irrespective of the earthly consequences.

Thank you for publishing so much of what every discerning Christian needs to stand strong against the storms of apostasy and deceptions within the Church today. Roger Oakland has been a particular favorite. i so much appreciate his servant and shepherd heart to courageously warn the flock of impending danger. May God bless you all richly for your faithfulness.

It has become obvious that our churches have become a haven for Satan, because our pastors no longer realize that they too are servants of God. Just because a man stands in the pulpit our people have come to believe that he is the real authority, The Bible has simply become a bookend on our bookshelf.Most people get their knowledge of what it contains second hand, instead of searching for the gems themselves. Roger Oakland has written a wonderful book for them.

This is a fabulous book! It got me "up to speed" on all the deception going on in the church today! I highly recommend this book to everyone!

Even in the midst of the apostasy that has taken place I have a hard time understanding how this came about under the radar so to speak. This book is a great help in understanding not only what has happened but the people/groups involved and how they are leading us into the one world government, religion and economy that the Bible has prophesied will happen. Roger Oakland was not going to write another book but I for one am so glad he did, thank you Roger. He offers a web site for those of us who need to feel connected to like minded believers who find it hard to belong to a church anymore. It was hard to put down and is underlined and has stars on almost every page.

A Necessary Book for All Believers in Today's World

This book should be read by all believers who desire to be discerning believers and do not want to be led into the apostasy that is rampant in the churches.

Wow, this book is powerful, and I want to share it with everyone I know. I love Roger Oakland for his faithfulness to stand for truth and to keep the watchmen encouraged to warn and sound the alarm to the apostate church. I am saving up to be able to buy more of these books for friends and those who need to hear the call of the Good Shepherd. God bless you all at Lighthouse Trails. You are all in my prayers, and I love and appreciate you, each and every one. Thanks for being there. You will never know what you mean to me - you have been a lifeline that has helped keep me on the wall, watching and praying for the precious body of Christ.

This is an excellent book AND a much needed book. My prayer is that The Lord will use it in a mighty way within these days we are living. I just got "Faith Undone" today (written by Roger Oakland) and am very much looking forward to reading it as well. Roger, thank you for caring enough to write these books. Truth will ALWAYS stand! Jesus IS The Good Shepherd!! Thank you Lighthouse Trails for offering this book and for daring to defend the gospel of Christ. It may not be popular with the many changed viewpoints of today, however, it is the right thing to do. God's blessings and protection to you all.

This is the most current and profound book written by Roger Oakland. It talks about pastors but the message is also for lay persons. I gave my book to a friend, and she was shocked at the condition of the church today. She had no idea what has been going on. My sister bought one, and then gave one to her pastor. We who are watchmen, know about the apostasy of the church, but this book puts it all together in a concise and easy to read way. You know when God is speaking through an author, and Roger has written truth. It is a sad commentary of where the church is today. We surely are in end times!