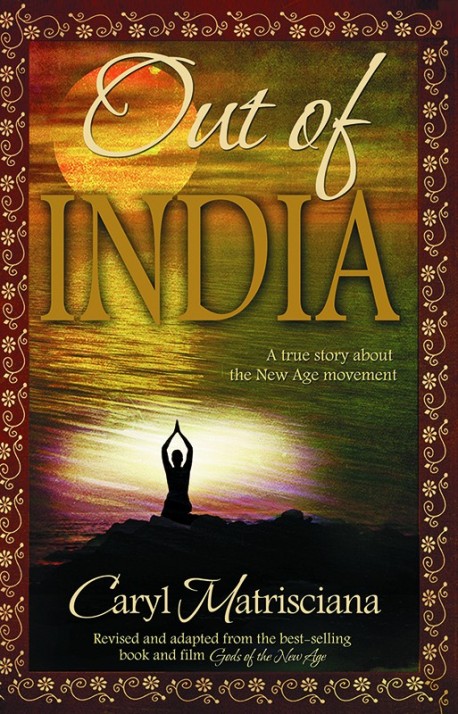 Born and raised in India, Caryl Matrisciana was surrounded by a strange and mystical religion, seeing firsthand the effects Hinduism had on the people of that nation.

13 Item in stock items in stock

Description: Out of India is the biography of Caryl Matrisciana.

Born and raised in India, Caryl Matrisciana was surrounded by a strange and mystical religion, seeing firsthand the effects Hinduism had on the people of that nation. After leaving India as a young adult, she became involved in the counter-culture hippie movement, only to find that the elements of Hinduism and the New Age were very much the same.

Eventually, Caryl would discover that this same spirituality had entered not only the Western world but the Christian church as well, unbeknownst to most people. “When I was twenty years old, my family returned from India, where I was born and lived for most of my life, to England, our homeland. It was during the turbulent sixties, and I was about to be introduced to a movement that didn’t even have a name yet. How could I have possibly known then that the strange and mystical religion I had been surrounded by in India would someday be at the heart of a spirituality that would influence millions around the world?”

Out of India succinctly identifies the mystical religious roots behind Yoga, which is being practiced today by millions of people, many of whom are Christians. Revised and adapted from the best-selling book, Gods of the New Age.

Topics covered in this book include:

Author Bio: As co-producer of Jeremiah Films for 23 years, Caryl contributed research and expertise to more than 55 documentaries and also served as the Creative and Marketing Director. In 2002, she founded Caryl Productions.

We are very familiar with this book and the author which we are using as the basis for reaching friends and family to get them to realize the importance of their spirituality and the need to be born again in this lifetime in order to assure their eternity with the Lord.
What I would like to comment on is your excellent customer service. I ordered 10 books but I didn't realize I had clicked on the electronic version by mistake. Your rep emailed to query the order and I was able to change it to 10 actual books which we give to those we are witnessing to and she also did her best to give me the best rate. I had previously been buying these on Amazon but their price increase led me to find you as another source. Thank you.

I would also like to let you know that Lighthouse Trails is our discernment source along with 'The Berean Call' for evaluating various authors and televangelists for being true to God's word or not.

A wonderful book and timely for those to give to loved ones who are involved in Eastern religions and yoga.

Also, I want to thank Brooke for helping with the purchase, as well as, being so gracious on the telephone! How the world would be a better place if there were more "Brookes" in the world :-)

A Must Read Book in this Yoga, New Age, Mystical Culture

I could not put this book down, it was that good. If anyone you know is into yoga or other New Age practices, then this is an excellent book for them to read. There is no such thing as Christian yoga (Lighthouse Trails also has very good articles about this on their blog); it is firmly rooted in Hinduism.

Caryl Matrisciana has done a very good job on describing the ingress of Hinduism into Western Society via New Age/New Spirituality. She is very convincing in showing the essence of hinduistic ritual, particularly yoga, now beginning to form part of Christian faith and practice.

I am so thankful for this book that has explained so much about yoga and eastern mysticism and all the things involved. I regularly give out this book to people I know to read as well as the booklet tracts on yoga. People in America are so blinded to the truth, and I am so thankful to be able to learn that these publicly accepted lies are not a path to life but to death. May God bless Carol for this deeply enlightening work.