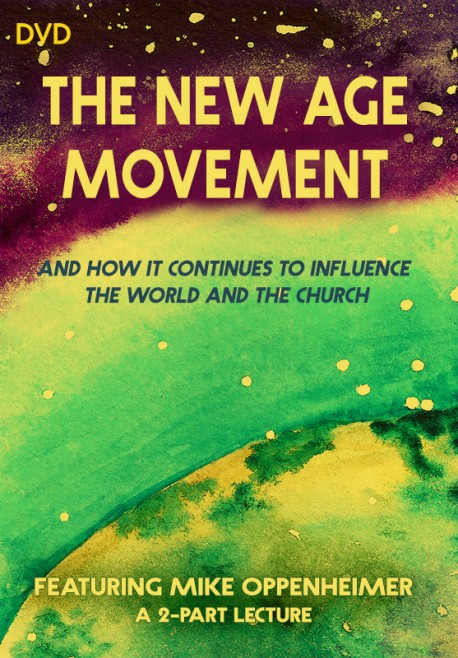 A 2-DVD lecture by Mike Oppenheimer

233 Item in stock items in stock

Most people think the New Age movement has gone into obscurity, but it is more popular now than ever before. It is no longer fringe beliefs but has become mainstream in our Western society, and even the church has opened its doors to the New Age. Many Christian teachers unknowingly (and some knowingly) have adopted and promote its practices. How? By accepting New age concepts and practices without knowing what they really are.
This DVD set starts with Mike’s testimony of coming to Christ after being heavily involved in the New Age. Mike then discusses the basics of the New Age and its major influencers such as Marilyn Ferguson, Helena Blavatsky, Alice Baily, Pierre Teilhard de Chardin, Oprah, Eckhart Tolle, Wayne Dyer, Neale Donald Walsch and many others. New Age “energies” being used to heal, Yoga, karma, the Jesus of the gurus, spirit guides, spiritual masters of the hierarchy, channeling, and UFOs are all covered and exposed. A copious amount of video footage with PowerPoint is included, which substantiates Mike’s warnings.
This video also covers the most susceptible and vulnerable of all—the children— who are being drawn into New Age practices through the books they read and what they are being taught in the public schools.
We are in the midst of a worldwide occult “revival.” Learn how to recognize what is taking place and protect yourself and loved ones from this movement’s influence.