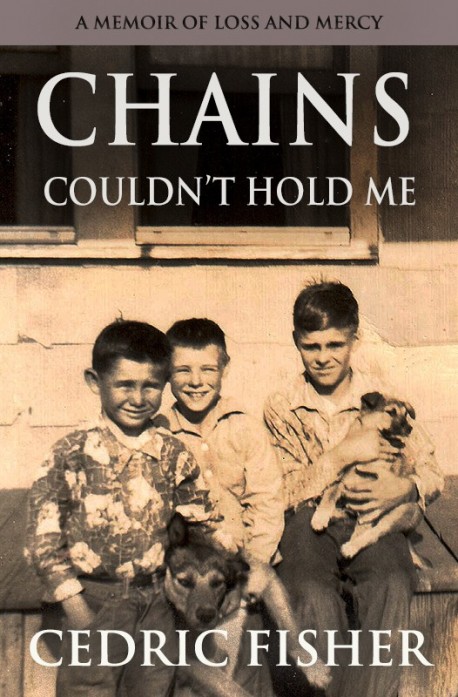 Cedric Fisher was the third of three boys born poor, dirt poor, to transient parents in Texas in 1949. Like many other nomadic, impoverished, post-depression families, his mom and dad followed jobs wherever they could find them. Soon, there were three daughters added to a family already struggling just to find enough food to eat for each day and a shelter to sleep in for the night. In time, the family settled in Oklahoma where life only got worse as Cedric’s dad drank and flew into fits of rage. Cedric, his brothers, and his mother suffered at the hands of this violent man. After the sixth child was born, the law chased Cedric’s dad out of town, leaving an already stressed mother to work in order to provide for her family. In her own desperate way to keep order, she continued the beatings that the boys had endured under their father’s hands. “I’ll whip you till the blood runs down your heels!” she would scream as she chased a terrified four-year-old Cedric through the house.

Living near the city dump, rarely having clean clothes to wear, plus having poverty and abuse written all over his face, Cedric became the object of severe bullying and ridicule at school. Between the beatings at home and the cruel treatment by both students and teachers, Cedric was convinced he was no good. When he reached his teen years, he decided to show them they were right, becoming as bad and tough as he could be. If his life had any purpose, it was the pursuit of one goal—getting as far away as possible from all his troubles.

Cedric landed in adulthood taking all the pain, rejection, and anger with him as he desperately sought to develop a successful music career. Trying to drown out the nightmares from his childhood, he turned to alcohol, drugs, fighting, and wild behavior—a deadly mixture. Before long, he was on a fast track to prison or an early death. Chains Couldn’t Hold Me is the story of one man’s search for identity and peace amidst turmoil and despair and how everything changed when given one last chance.