(5/5)
Product rated : The Titanic and Today's Church: A Tale of Two Shipwrecks Warren smith has done a...
All reviews 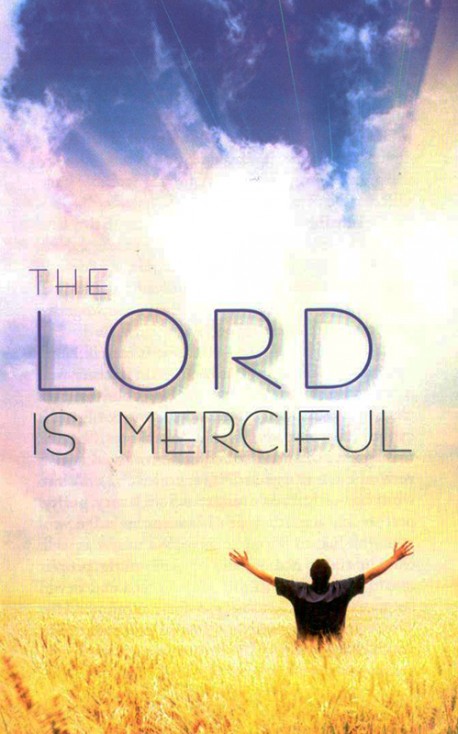 38 Item in stock items in stock

Full Text of The Lord is Merciful

Yes, the Lord is merciful! How thankful we are that He is, for we are all sinners and in need of His mercy. The Bible says, “The Lord is merciful and gracious, slow to anger, and plenteous in mercy” (Psalm 103:8).

There are some, however, who take God’s mercy for granted, forgetting that the same Bible that tells us He is merciful also tells us that “it is a fearful thing to fall into the hands of the living God” (Hebrews 10:31). It is easy to speak of God’s mercy as though this meant He would look at sin lightly as we often do. Indeed some think, or hope, that He will overlook their sins altogether, because He is love.

Now we rejoice indeed that God is merciful and gracious, but He never has been, and He never will be, merciful at the expense of His holiness. His character is unchangeable, and He cannot lie. He cannot pass over sin, for His Word says, “Every transgression and disobedience received a just recompense of reward” (Hebrews 2:2). What would we think of a court where every guilty person was acquitted, just because the judge was merciful! Justice would be gone. We might as well close up the courtroom and proclaim to the people that they could do just as they pleased and never be punished. Is God less just than man? Let His Word give us the answer: “Justice and judgment are the habitation of Thy throne: mercy and truth shall go before Thy face” (Psalm 89:14). Will He punish sin? Indeed He will. “God is light, and in Him is no darkness at all” (1 John 1:5). Men may escape the justice of earthly courts, but “all things are naked and opened unto the eyes of Him with whom we have to do” (Hebrews 4:13).

Now since God is holy, as well as merciful, how can He show His mercy to sinners like us, who are guilty before Him? This is where the cross of Christ tells out the love of God. God loves us but hates our sins. He desires to show us mercy, but justice demands that we be punished. And so on the cross the whole question of our sins and guilt was completely settled forever. God took all the sins of all who would believe and placed them upon His spotless Son, and then He punished Him instead of us. “He hath made Him to be sin for us, who knew no sin; that we might be made the righteousness of God in Him” (2 Corinthians 5:21). Divine justice is now fully satisfied, because all its claims have been fully met. “Christ died for our sins according to the scriptures: … He was buried … and He rose again the third day according to the scriptures” (1 Corinthians 15:34). The resurrection of Christ is the proof that God is fully satisfied with the work His Son has done, and now He can “be JUST, and the JUSTIFIER of him which believeth in Jesus” (Romans 3:26).

It is not for us to vainly hope that God will pass over our sins, for He cannot. But those who turn to Him, owning their sin and guilt and believing in Christ’s finished work, are saved. God is not looking for some goodness in us, for we have none before Him. He is not asking us to try to do better, for our very natures are bad and sinful. We cannot buy His salvation, nor can it be obtained by anything that we can do. It is a free gift: “The gift of God is eternal life through Jesus Christ our Lord” (Romans 6:23). God is waiting to hear the sinner say, “I have sinned.” If you are not saved, take your true place before Him now, as lost and helpless, unable to save yourself.

There is no other way.

God wants to be merciful to you, but the only way to obtain His mercy is to receive the Lord Jesus Christ as your Saviour. If you reject God’s gracious offer of pardon, there will be no mercy for you. Judgment is ahead of you in the lake of fire forever. Why not receive the Lord Jesus as your own personal Saviour today?

11 other products in the same category: