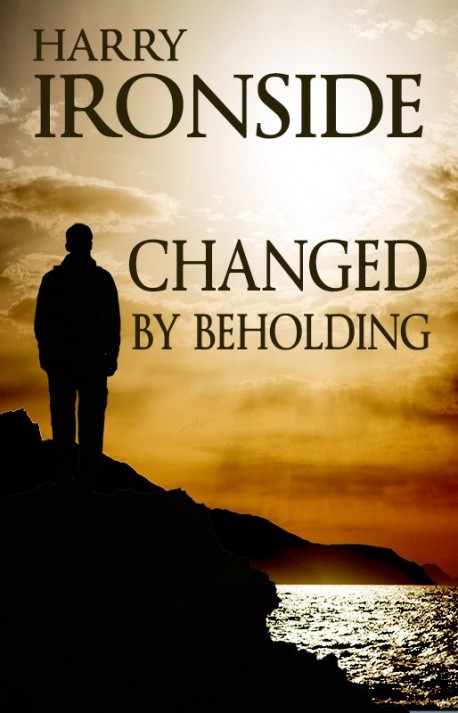 194 Item in stock items in stock

How is the Christian changed into the image of Christ? Is it through our own holiness or goodness? No, not possible. We do not become holy by looking into our own hearts. We shall only find corruption there. We are to look unto Jesus, and as He becomes the object of our hearts, as we consider and ponder on His holiness, purity, love, and compassion, His devotion to the Father’s will, we shall be changed, imperceptibly to ourselves, perhaps, but none-the-less surely, into His blessed image. By putting on the new man (rebirth), being cleansed by His Word and hiding it deep in our hearts, we are changed by beholding Him.

Changed by Beholding is a series of lectures given by Harry Ironside regarding salvation and the ensuing life that follows one’s decision to put his faith explicitly in Jesus Christ. The book includes the lyrics to numerous ageless hymns and Ironside’s unforgettable anecdotes that illustrate what a life looks like when it is sold out for God.

This special edition has two appendices written by Ironside as an added bonus: “The Greatest Text in the Bible” and his testimonial “My Conversion to God.”

Putting on the New Man

Cleansing by the Word

When We Shall See Him

Saved by His Life

Nest in the Air

Appendix I: The Greatest Text in the Bible

Harry A. Ironside (1876-1951)
Harry (Henry) Ironside was born in Toronto, Ontario, Canada. He became involved in Christian ministry and evangelism at the age of eleven and was often called the boy preacher. His devotion to God’s Word and his desire to see many come to salvation through Christ never waned. At the age of 53, he became pastor of Moody Bible Church in Chicago where he pastored for 19 years. Visit www.harryironside.com to read more by Dr. Ironside.