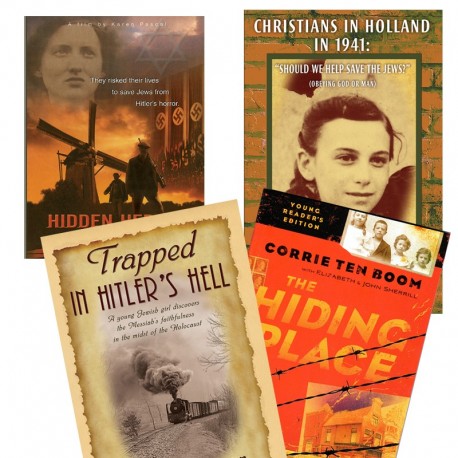 The rescue of Jews in Nazi-occupied Holland is a story of unimaginable courage and faith. As told by those who lived through the Nazi terror, this evocative documentary recounts what it was like for Dutch Jews to face systematic isolation, persecution, and elimination.

Made up of ordinary civilians, the Dutch Resistance played an important role in saving many Jews from Nazi persecution during the holocaust. Though the subjects of Hidden Heroes were in their youth at the time, they were, as adults, able to retell their stories in impressive detail for this in-depth documentary. Hidden Heroes brings one of history's most disturbing periods to life through the testimonies of people who were actually there. Windbourne Productions

CHRISTIANS IN HOLLAND IN 1941 (BOOKLET)