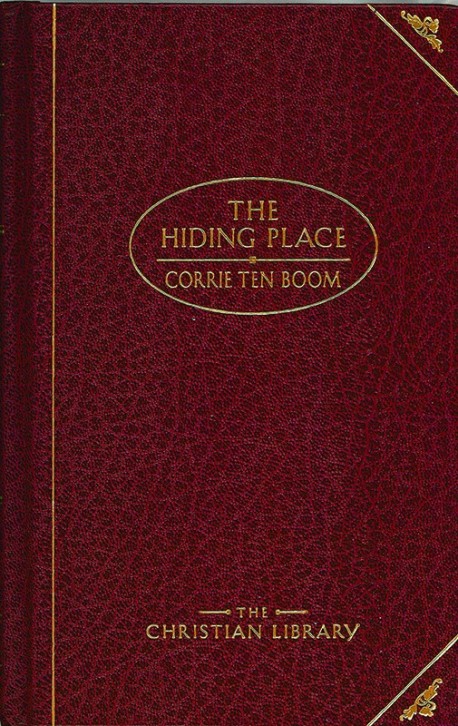 11 Item in stock items in stock

“What is that you are reading?” I asked my friend Kathy while we switched books from our school lockers and had observed the obvious ‘non textbook’ on top of her stack of books. “The Hiding Place,” was her response. I soon got a copy of the book for myself and read it. Those events happened over 35 years ago. I did not know it then, but as I look back on my life, that book was something that God used to begin to reveal to me the necessity of a personal relationship with Christ. It has remained a treasure to me ever since. I read very few books during my school years; how grateful I am that this was one of them.

This autobiography of Corrie ten Boom tells of the rich family life she experienced growing up in the “Beje,” the affectionate name for the watchmaker’s family home in Haarlem, the Netherlands. An environment of love, learning, and service to others within and without the home were hers to know and enjoy. Her father read from the scriptures daily to his family (and whoever else happened to be gathered at the dining table) at breakfast and at dinner. What satisfying, enlightening conversation was held around that table among the family and assorted guests! In later years, she lived as a spinster with her father (and older sister), working alongside him in his shop and serving Christ devotedly in many capacities. Ah, those were the days and years that prepared her and her family for the upheaval to come when World War II broke out. The little family and home became a site for underground activities as Nazi Germany tread upon neighboring nations. The unique architecture of the home afforded the construction of a tiny, hidden room that saved the lives of Jews and others hidden there. The family participated in many successful ‘operations,’ until, one day…

Read of how God showed himself faithful in the worst of circumstances that followed and in the wonderful events and opportunities that came after! Who would have known that that humble home and its residents would touch the lives of so many for Christ? Meet Corrie and her family in the pages of this book and then help to reach this generation with their incredible story of God's love, power, and grace.

I love this true story as hard as it is to read at times. I had the privilege of seeing Corrie in person many many years ago. What an amazing woman. A must read for all.

Wonderful book about one family's faithfulness to the Lord during WWII

When I read Holocaust books, it always makes me wonder, how would we (American Christians) act if such persecution happened to us? Would we be faithful unto death, trusting in the Lord Jesus and obeying Him no matter what? Would we sacrifice our lives to help God's people, as Corrie ten Boom and her family did?

This book is such a wonderful testimony of one Dutch Christian family's faithfulness to the Lord. If you have not read it yet, please do.